From a mile to a smile

Applied Behavior Analysis (ABA) is a therapy-based on the science of learning and behavior. 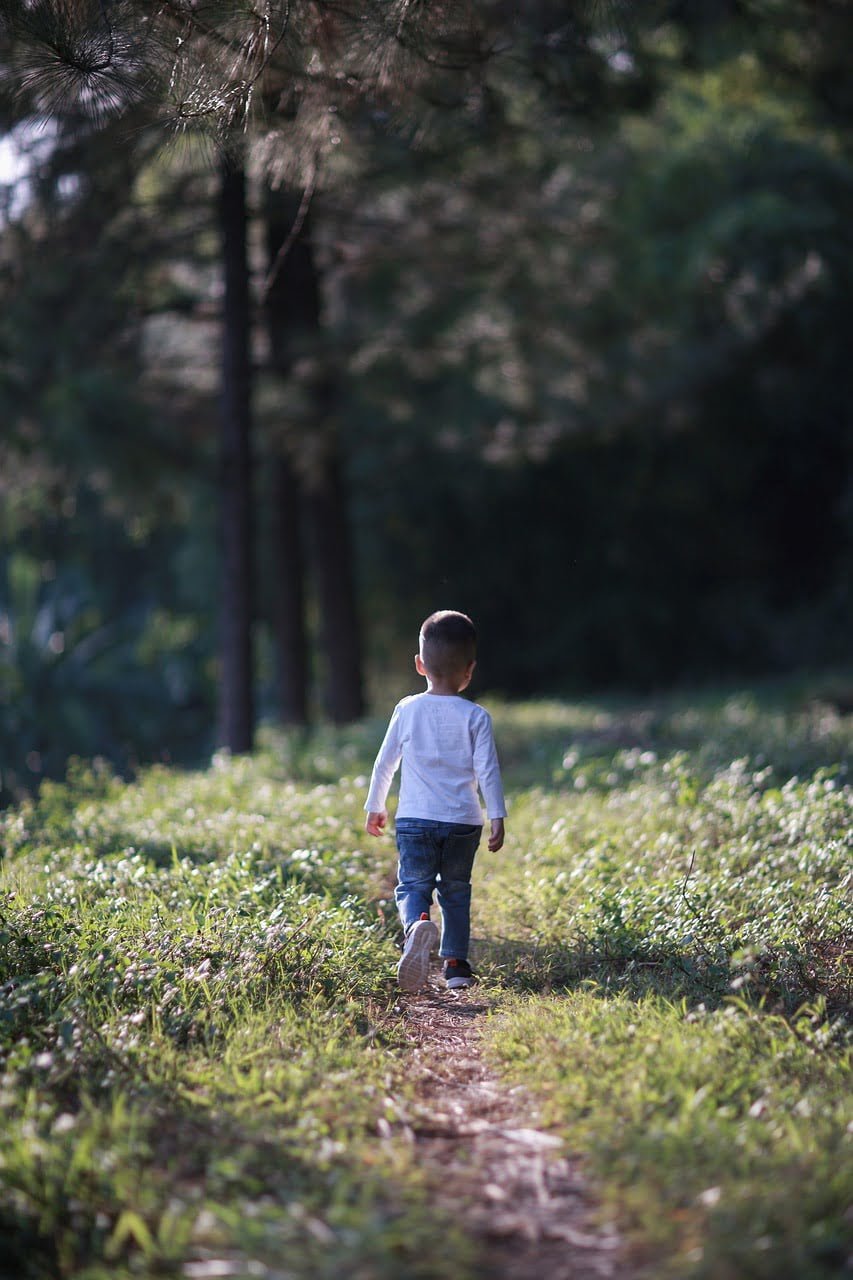 What is ABA Therapy?

ABA (Applied Behavior Analysis) is a professional technique that has been practiced for over 60 years in research and has countless successful cases all around the world.

Applied Behavior Analysis (ABA）was established in the 1960s, when researchers were trying to improve the lives of children with autism and their families. It became more developed when Dr. Ivar Lovaas established the UCLA Young Autism Project, which had cranked out a series of groundbreaking researches and practices. Until today there are thousands of researches around the topic of ABA treatment for autism, looking into different qualities and aspects of ABA techniques and approaches, for instance, the timing of delivery of an instruction, how can teaching be more effective.

The first priority of ABA, is treating behavior that is socially significant, meaning behaviors that can bring immediate and long term benefits for the person engaging in them. For example, teaching a 6 -year- old algebra, when he doesn’t know how to communicate his needs and has frequent self-injurious behavior wouldn’t be a wise idea,  because algebra won’t bring long term benefits. However, settling his self injurious behavior would bring him immediate health benefits.

In the past, ABA has been crowned as a robotic approach that lacks flexibility. In the present days, it addresses the needs of each child and the programs are individually crafted to suit his needs. It also emphasizes that therapists have to be objective and base judgment from data, and breaking skills down into small steps to teach.

Most people may think ABA is only suitable in a one-on-one setting. However, ABA can be utilized in schools, playgroups, rehabilitation centers. To find a therapist that can match your child’s needs, the best way to find a qualified therapist is to check under the Behavior Analyst Certification Board (BACB) web page.

Originated from scientific theory, where we analyze how the environment affects a child’s behavior.

The techniques are proven to be effective and consistently updated based on the research outcomes.

We take records and collect data to analyze the children’s particular behavior.

We make objective judgments based on observation and measure progress through behavior changes.

The fundamental of ABA roots from “consequences control behavior”, meaning behavior would change according to the outcome. For example, when you added 2 cups of sugar to make brownies and it turned out to be too sweet. So the consequence of being too sweet would motivate you to add less sugar next time.

So to put this concept into practice, you can modify the consequences after a behavior, and  supposedly the person would take a different action in the future. For example, Susan spit into Bob’s drink, and Bob told the teacher. Susan stopped spitting into Bob’s drink. So Bob provided a consequence for Susan’s spitting behavior. Hence, the behavior decreased, or in this case, ceased. When we are working with children with autism, you can apply the same concept. For example, Dan barely voices out his needs, so when he said “ I want to play Lego”, we would give him Lego. So through giving him Lego, a positive consequence or a more specific term positive reinforcement, would motivate him to voice out his needs more in the future.

How ABA benefit those with autism?

Many people questioned the application of ABA. It is a common myth that ABA can only be applied to children who are severely affected. In fact, ABA is a teaching system or simply put: a teaching technique. It can modify behaviors through a series of steps. For example, when a child learns swimming for the first time, would a swimming coach ask the child to do a crawl right away? No he wouldn’t, instead the coach would break down swimming into different steps, and increase the difficulty once the child gets comfortable with the prerequisite skills. Obviously, the child would come across a barrier along the way, and what would a good coach do? He would adjust his teaching or try to explain it in a different way, so the child can learn or understand better. In this case, the coach is practicing ABA without realizing it. He has the same notion of observing the child’s behavior and making adjustment according to his needs, breaking skills down into small bite size pieces and his way of teaching would be the most natural and effective approach. Children with autism face a variety of behavioral problems; there are stubborn and emotional, non-compliance, in which parents and teachers may feel helplessness. Applied Behavioral therapy can first identify the function of behavior to fundamentally address behavioral issues and train students’ appropriate replacement skills, thereby dealing with student behavior problems. In addition, behavioral therapy is also used for generalization. Therefore, after the behavioral problems corresponding to the therapist training, the training will be further integrated into different occasions (such as when you are on the street, at home, with your family) to generalize the skills to different occasion.

Children with autism often face learning problems, such as walking around in the classroom, unable to concentrate during class, playing with stationery, and some schoolchildren even making noises which may affect the class. These problem behaviors are defined as “not ready for school”. Therefore, ABA treatment also focuses on training learning to learn behaviors, such as sitting in class, having nice hands, listening in class and don’t make disruptive noises. Having a good learning behavior can reduce their distraction, increasing their concentration and learning efficiency.

Many children with autism face different language problems. Some just know how to make sound and they don’t know how to speak. Some people also know how to speak, but generally they just talk to themselves and lack communication with people. Therefore, in the ABA training, we also pay great attention to the language development of children with autism and enhance their motivation and communication with people. In language learning, ABA can effectively improve the pronunciation of students, increase the vocabulary bank, the organization and application of using complete full sentences etc.

Children with autism may bring different distress to their parents with their daily routines. For instance, some children with autism may heavily rely on parents in remind them not to wet their pants. Some of them need help in putting on clothes after the school age. All daily routines may require others help which some parents may find it hard to leave their children a second away. Facing this self-help problem, parents can seek assistance with ABA intervention. ABA training can systematically and gradually train children’s self-help ability. After intervention, parents can slowly let go, to let their children handle their daily affairs, such as brushing their teeth, changing clothes, wearing shoes, eating on their own, and may even slowly knowing how to tidy up school bags.

For a lot of times, due to the concentration deficit of children with autism, parents often need to remind their children with autism to concentrate on their work. Some have to mention to their children: “Continue to do your homework!” or: “Do Come faster.” Parents may find that if they let their children do work by themselves, they will either be very slow, or even stop doing it. Therefore, ABA intervention will also help to enhance the independence of children in treatment, in improving their concentration and independency in finishing their work. There are many things that need independency. From tidying up toys to doing simple exercises, and to complete school work alone, ABA intervention trains students to focus on completing their work independently, without the need for reminders from others.

Children with autism generally lack play skills, in their play, they may have some repeated actions, such as turning the wheels, and may only focus on a certain part of the toy, such as the window. They rarely do role play or Imaginary play. However, the games that their peers play often include imitation and imagination. ABA intervention teaches different kinds of plays, such as What is the time Mr. Wolf, musical chair, stop-Go, and so on. Improving play skills is important in helping schoolchildren to integrate into their peers’ play, in order to develop social interest and build friendships from social games.

Through our years of experience, we have developed a model that builds on the foundation of the proven success of ABA. Numerous successful clients who received our services have returned back to the mainstream classrooms.

Our programs are tailor-made to target children's needs in multiple areas.

Our personalized programs focus on application of learnt skills in a child's daily environment.

Weekly supervision is provided to each of child to ensure best results.

Our service is transparent, through therapists’ daily update and supervisor’s monthly clinic.

Our supervisors are BCBAs

BCBA is a graduate level certification, which stands for “Board Certified Behavior Analyst”. It is a standard established by professionals and is constantly modified and updated to meet the changing needs of our society. Hence, all of our supervisors are BCBAs or are working towards getting BCBA.

About BCBA
Previous
Next

From a Mile to a Smile

We are here to walk this journey with you​